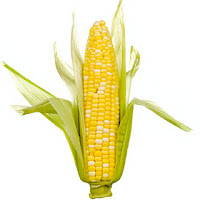 Did You Know – The Taino word for corn is maisi or mais (maiz), which is the origin of the word “maize”. While not as important as yuka (manioc/cassava), it was a significant food source found throughout the Caribbean islands in several varieties. Traditionally, corn was eaten, roasted, off the cob as well as ground into meal. According to Spanish conquistador Gonzalo Fernández de Oviedo y Valdés, it seems that cornbread was not as favored as it molded faster than bread made from yuka. Some chroniclers stated that Taino drank a fermented corn beverage called chicha as well as a fermented yuka beverage called uiku.  A traditional Taino form of boiled corn dumpling called guanime is still made today in various forms. – UCTP Taino News © 2012
Posted by UCTP TAINO NEWS at Friday, July 06, 2012 No comments: