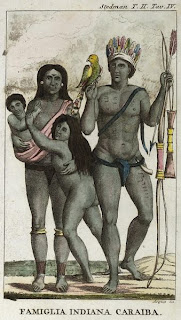 Did You Know: The word “Caribbean” is said to be derived from the name of one of the dominant indigenous (Amerindian) groups in the region at the time of European contact during the late 15th century, the Caribs. While their continues to be debate among scholars as to the origin of the word, at least one of the communities currently identified as "Carib" call themselves Kalinago. The island of Boriken (Puerto Rico) itself was also identified as Carib in some old maps. Some of the other Indigenous Nations identified in the region are Arawak, Ciboney, Galibi, Garifuna, Igneri, Lucayan, and the Taino. - - UCTP Taino News © 2009
Posted by UCTP TAINO NEWS at Thursday, December 17, 2009 No comments: 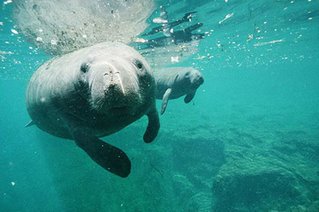 Did you know: Manatees are said to have evolved from four-footed land mammals more than 60 million years ago. According to scientists their closet relatives are reported to be the dugong, and the African Elephant (distantly).There are three species of manatees, including the West Indian manatee. The Florida manatee, which can eat up to 100 pounds (45 kilograms) of vegetation a day and weigh a half-ton on average, is a subspecies of the West Indian manatee. Manatees can move readily between salt water and fresh water, but they can't survive in cold water for long periods. In the U.S. the manatee is still listed federally as an endangered species yet in the state of Florida it it is listed only as a “threatened” species. The word manatee is considered an indigenous "loan word" found in both the Taino and Carib languages. Among the Carib the term Manati is said to translate to mean "breast." Traditionally, the Taino consider this animal as sacred as North American Indigenous Peoples consider the buffalo sacred. Prior to colonization Taino hunters used every part of the animal for food, tools, and other resources. – - UCTP Taino News © 2009
Posted by UCTP TAINO NEWS at Wednesday, November 18, 2009 No comments:

DID YOU KNOW: The car companies Porsche and Hyundai both have sports cars with Taino names. Porsche has the Cayman which is the Taino word for crocodile (who reside in cays - another Taino word still in use today) and the Hyundai has the Tiburon, which is one of the Taino words for shark. We have yet to see a car named the Manati or the Coki but it's still pretty cool to see our ancient words being used in the modern world. - - UCTP Taino News © 2009
Posted by UCTP TAINO NEWS at Wednesday, October 14, 2009 No comments: 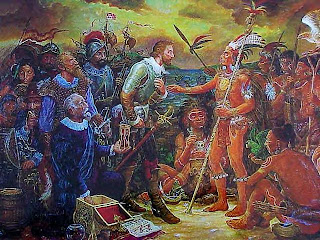 Did You Know: Traditionally, the Taino people practiced an elaborate name exchange ceremony to build their family and community alliances. This “making relations” ceremony called GUAITIAO was recorded by early chroniclers where they documented Taino Kasike (chiefs) practicing this custom with Spaniards. Hence, the European took the name of the “Indian”, and vice versa. One of the most renowned of these exchanges was between conquistador Ponce de Leon and a powerful Boriken Chief named Agueibana. The name of the Kasike’s mother was changed to the Spanish doña Inez, and his brother took the name of a captain in Ponce de Leon's company. This exchange of names, accompanied with ceremonies, symbolized a lasting bond that was supposed to link the families together in solidarity for generations. While the Taino respected the Guaitiao custom as sacred, most Spaniards revealed their disregard for it by their actions against the Indigenous Peoples of the islands. – UCTP Taino News © 2009
Posted by UCTP TAINO NEWS at Friday, September 18, 2009 No comments: 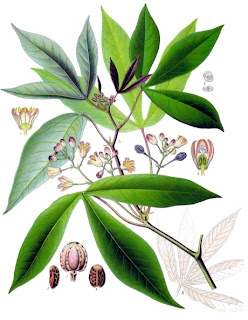 Did You Know: Yuka (yuca), also known as cassava or manioc (Manihot esculenta) , is a starch rich plant, which thanks to the Taino People is now grown worldwide. Yuka is a part of the Euphorbiaceae family, and its roots are described as long with a thick brown rind that encases the edible part. Cassava is major source of carbohydrates, and it contains large amounts of calcium, phosphorous, and Vitamin C. Unfortunately, yuca is very low in protein and other important nutrients. An interesting fact about this root tuber is that it in fact contains small traces of cyanide; in some cases from about 20 milligrams and above. Boiling the root will eliminate the toxicity. Yuka can be prepared and eaten in many ways. Cassava bread or kasabi/kasabe, a traditional crispy flat bread made by Taino and other Indigenous Peoples of the region. Is still popular throughout the Caribbean and is eaten with fruit spreads, butter, or a variety of other foods. Boiling the root is the most common way of eating yuca, and it can be a replacement for potatoes or plantains during meals. Yuca can also be used as a replacement for potatoes in dishes such as purees, dumplings, gnocchi, stews, or soups and it is the main ingredient in Tapioca. Traditionally, yuca is believed to have anti-inflammatory and anti-viral properties and is sometimes used to treat arthritis, stomach disorders and even diabetes. - - UCTP Taino News © 2009 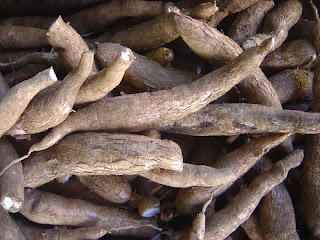 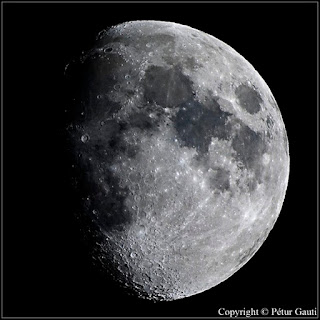 Did You Know: The Taino developed an agricultural science based on an intimate knowledge of the world around them? For example, when planting iuka (yuca/manioc, cassava) Taino traditionally follow the lunar cycle. Why is this done? The moon phase cycle is followed because there are certain insects predators like the Bibijagua (black ants) and others who like to eat young iuka plants. These insects usually prefer to hunt during the full moon and are either dormant or less active during the “waning” moon period. When iuka plants are young they have little defenses to ward off natural enemies. The Taino planted iuka during the waning moon to allow time for the plants natural toxin defenses to develop. – UCTP Taino News © 2009
Posted by UCTP TAINO NEWS at Saturday, July 25, 2009 No comments: 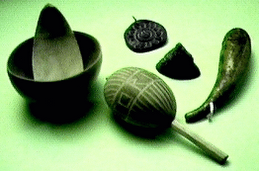 Did You Know: The Taínos people used Higuera or calabash gourds for many daily activities. Higuera (Crescentia cujete) were used as containers for food storage, for washing food, drinking and holding water. The higuera was also used to make eating utensils, and the contents of certain gourds were even used as medicine. One ingenious use of the larger higuera was for hunting waterfowl. Taíno hunters would place gourds in the water as decoys so the waterfowl would land on or near them. Once the waterfowl became used to the presence of gourds in the water, the Taíno would strap gourds on top of their head and slowly enter the water. They would swim among the birds and floating gourds without being spotted. Then, they would grab the waterfowl by the neck or the feet and drown them. Finally, higuera were also used for ceremonial activities as special containers or in the construction of maraka (rattles). – UCTP Taino News © 2009
Posted by UCTP TAINO NEWS at Wednesday, June 24, 2009 No comments:

Did You Know: A flat forehead was considered very attractive in many Taino communities. Mothers carried their newborn babies on their backs with a padded, wooden board. The board would lay across the child's head and flattened the impressionable forehead.- - UCTP Taino News © 2009
Posted by UCTP TAINO NEWS at Wednesday, May 06, 2009 1 comment: 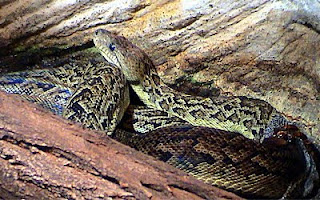 Did You Know: West Indian boas (Epicrates) snakes that are found throughout the Caribbean islands. In the Major Antilles, some species are still known by their Taino name MAHA (Maja). These snakes range in size and coloration. Maha are primarily ground-dwellers, although they may also climb trees. On several Caribbean islands Maha gather at cave entrances at night, snatching bats out of the air as they exit or enter the cave. As in other boas, the Maha young feed on small animals such as lizards, whereas the large adults tend to feed on larger mammals and birds. Generally speaking, each island has a single, unique species. The exception is the island of Kiskeia (Haiti and the Dominican Republic), which has three species. The Cuba Boa is one of the largest of the boa group or genus and it is the primary predator of the hutia (Capromys Pilorides), an indigenous island rodent. Like many Maha, they are endangered today not only by natural phenomenum like hurricanes but also from deforestation. Maha also also endanger from local island residents who kill these snakes thinking they are a threat to poultry. The Maha can be seen depicted in ancient Taino art forms from stone work to wood and clay. For the ancient Taino, the Maha was not seen as an ill omen but part of the nature world with its own unique lessons to share. - - UCTP Taino News © 2009
Posted by UCTP TAINO NEWS at Tuesday, April 21, 2009 No comments: 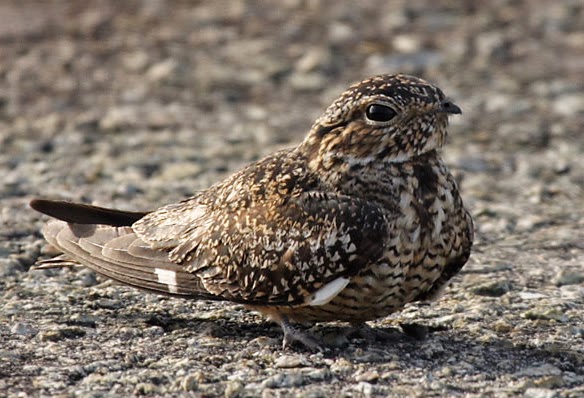 Did You Know: The Antillean Nighthawk (Chordeiles gundlachii), also known as the Cuban Nightjar, is a species of nightjar in the Caprimulgidae family. It is known as querequeté in Kuba, querebebé in the Dominican Republic, and querequequé in Puerto Rico and is commonly found through the Greater Antilles, as well as the Bahamas and the Virgin Islands. Its natural habitats are subtropical or tropical moist lowland forests and subtropical or tropical moist montanes. Like owls, they are nocturnal hunters with a highly developed sense of sight, and like the swifts they are excellent flyers with small, weak legs. A rare related species, Caprimulgus noctitherus, exists in the coastal dry scrub forests of southwestern Puerto Rico and is in danger of extinction. Locally, the Puerto Rican nightjar is still known by its Taino name Guabairo. - UCTP Taino News © 2009
Posted by UCTP TAINO NEWS at Saturday, March 07, 2009 No comments: 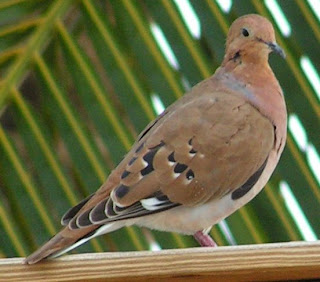 Did You Know: The Zenaida Dove (Zenaida aurita) is a member of the bird family Columbidae, which includes doves and pigeons. It is the national bird of Anguilla, where it is often but erroneously referred to as a Turtle Dove. The Zenaida Dove breeds throughout the Caribbean and the tip of the Yucatán Peninsula. Its mournful cooOOoo-coo-coo-coo call is similar to the call of a Mourning Dove, but faster in pace. In some parts of the Major Antilles the Zenaida Dove is still commonly known by its Taino name Guanaro. - - UCTP Taino News © 2009
Posted by UCTP TAINO NEWS at Sunday, February 08, 2009 No comments: 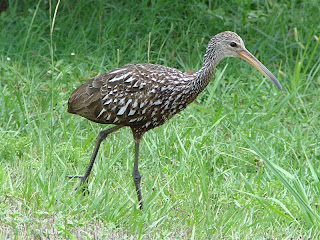 Did You Know: The Limpkin (Aramus guarauna) is a large bird that makes its home from Florida to Mexico and on through parts of South America and the Caribbean. In the Greater Antilles this bird is still commonly known by it Taino name Guareao. Its plumage is dark brown with an olive luster above. The feathers of the Guareao's head, neck, wing coverts, and much of the back and underparts (except the rear) are streaked with white. It has long, dark-gray legs and a long neck. Its bill is long, heavy, and downcurved, yellowish bill with a darker tip. The Guareao is easier to hear than see. Its common vocalization is a loud wild wail with some rattling quality, represented as "kwEEEeeer or klAAAar." This call is most often given at night and at dawn and dusk. The call of the Guareao has been used for jungle sound effects in Tarzan films and for the hippogriff in the film Harry Potter and the Prisoner of Azkaban. - - UCTP Taino News © 2009
Posted by UCTP TAINO NEWS at Sunday, January 04, 2009 No comments: