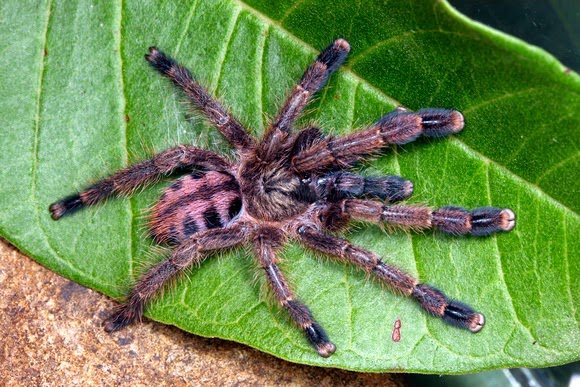 Did You Know: Caribbean tarantulas are found throughout the Caribbean islands and are a part of the 'New World" tarantula group. The indigenous Taino word for tarantula is kakata (cacata). The bite of a kakata is not fatal to humans even though it does posses venom. Kakata have defensive, urticating hairs, which cause itching and discomfort when harassed. The male kakata can usually be seen in the open, as they often are in search of mates. Females are also visible, but tend to stay near their homes. Some kakata are burrowing while others construct nest made of webs in trees. - UCTP Taino News © 2014